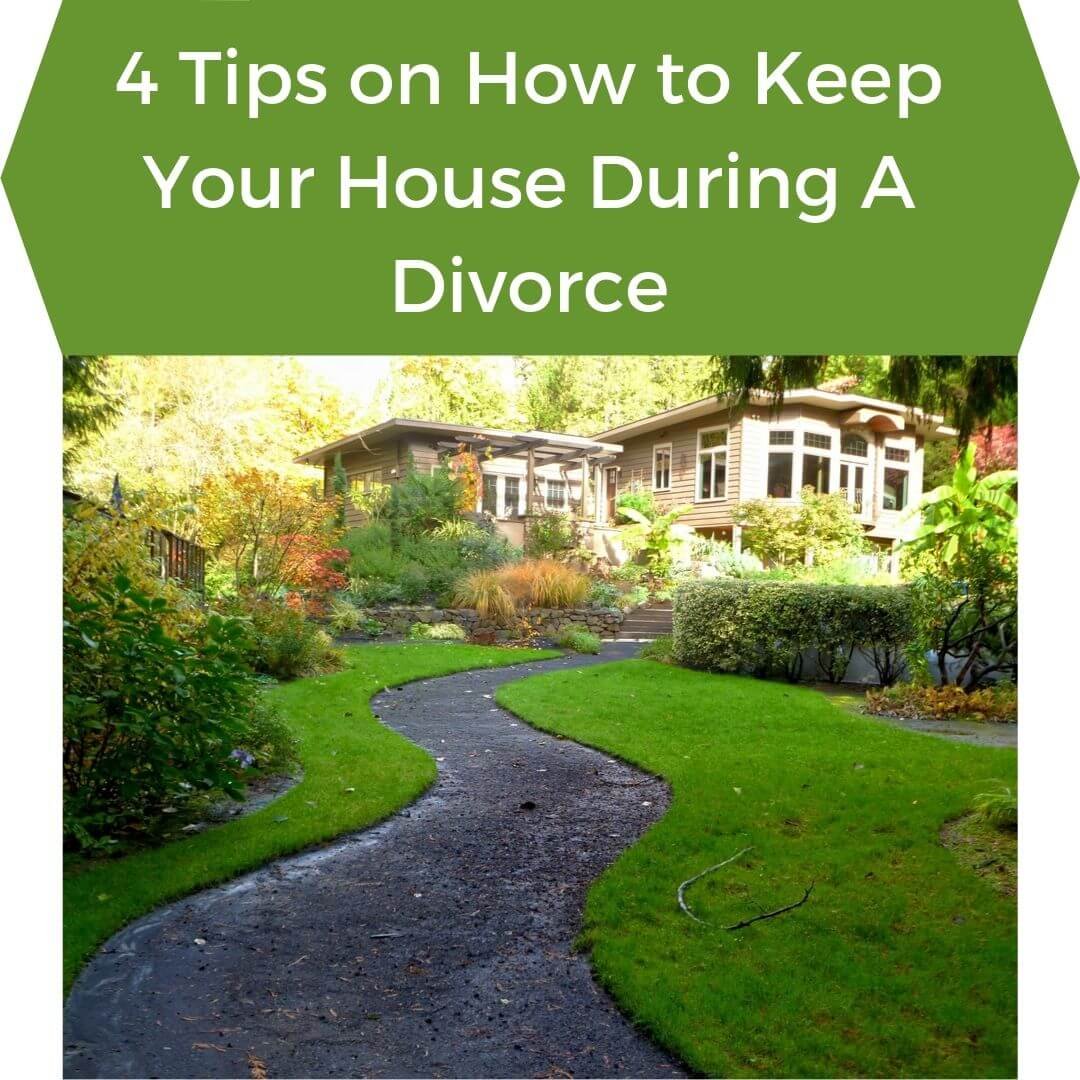 But keeping your house during a divorce may not always be the wisest choice. Can you afford to? What benefits can it provide you after the finalization of a divorce? And how do you distinguish legal ownership of a property during joint tenancy?

1- Use a Quit Claim Deed or Refinance

Typically, the easiest way to convey any property in Utah is through a quit claim deed. But a quit claim deed only affects the right to ownership of a home. It doesn’t remove either you or your spouse from mortgage payment liabilities. On the contrary, if your names are both on the mortgage deed you’re still responsible for regular payments; and defaulting on a mortgage years after a divorce can still wind up affecting one another’s credit scores as well as subjecting both of you to future liens against the property.

While refinancing your mortgage is one potential solution, keep in mind lenders often base their initial approval on a married couple’s combined credit score. Starting the refinancing process early on can help you decide just how much of a burden continued home ownership might be after your divorce, as well as give you time to search for an alternative course of action should your application be rejected.

2- Tap Into Your Home Value And Equity

The fair market valuation of your home can be used during a divorce for the purpose of determining the equity in your home.Typically, this will be based on the current value of the home minus any debt against it. Utah is considered an equitable distribution state, as opposed to a community property state; meaning property is to be divided among spouses as “fairly” as possible, which can be based on everything from the length of time you’ve been married to whichever party has the primary responsibility for mortgage payments.

What does this mean for you? Well, if you decide to keep the home, you’ll likely have to pay your spouse their share of the remaining equity. If your home was purchased during the marriage, it will generally be considered joint property—even if it’s only your name which appears on the deed. However, if you and your spouse decide to sell the home to an interested buyer, you’ll have to agree on how to split the sale between both of you fairly. Refinancing of your mortgage can frequently be ordered by the courts in instances where couples cannot come to an equitable agreement during any subsequent buy-out.

3- Don’t Sell At All, Consider Buy Outs And Assets

You don’t necessarily have to sell your home in order to buy out your spouse, however. You may have liquid property which can be used to offset the cost of your spouse’s equity share, including:

Any property you owned prior to marriage or received by inheritance typically isn’t considered marital property, unless it’s been legally entered as part of a larger estate through a will or entered as joint property on a deed. That extends to both real property as well as personal property and liquid assets.

However, Utah happens to follow the Uniform Premarital Agreement Act which indicates that any written agreements made prior to marriage immediately become effective upon state recognition of that marriage. A valid premarital agreement can affect both real and personal property—which can include both your home, personal property, income and any retirement assets.It does not, however, dictate child support or any child care expenses.

Is it impossible to keep your home during a divorce? Not necessarily. But there’s several factors to take into consideration.

You won’t be able to maintain the same standard of living as when you were married. Keep in mind that court ordered alimony and child support payments can cut into both your savings and your current income quite deeply; and if you were having difficulty keeping on top of mortgage payments with a two income household, you can only imagine the difficulties you’ll face as a single earner.

Even if you are lucky enough to qualify for refinancing, it may not be on the most beneficial terms. In fact, court ordered refinancing can frequently work against your current assets—not necessarily with them.

On the other hand, it’s not unheard of for couples to seek an amicable divorce in which no contest to property is sought. Divorce is taxing enough on the emotions of both parties; and your spouse might not wish to complicate things further than they have to. After all, maintaining a home and paying off a mortgage can be stressful enough. Why compound it through a tense divorce proceeding?

What People Are Saying