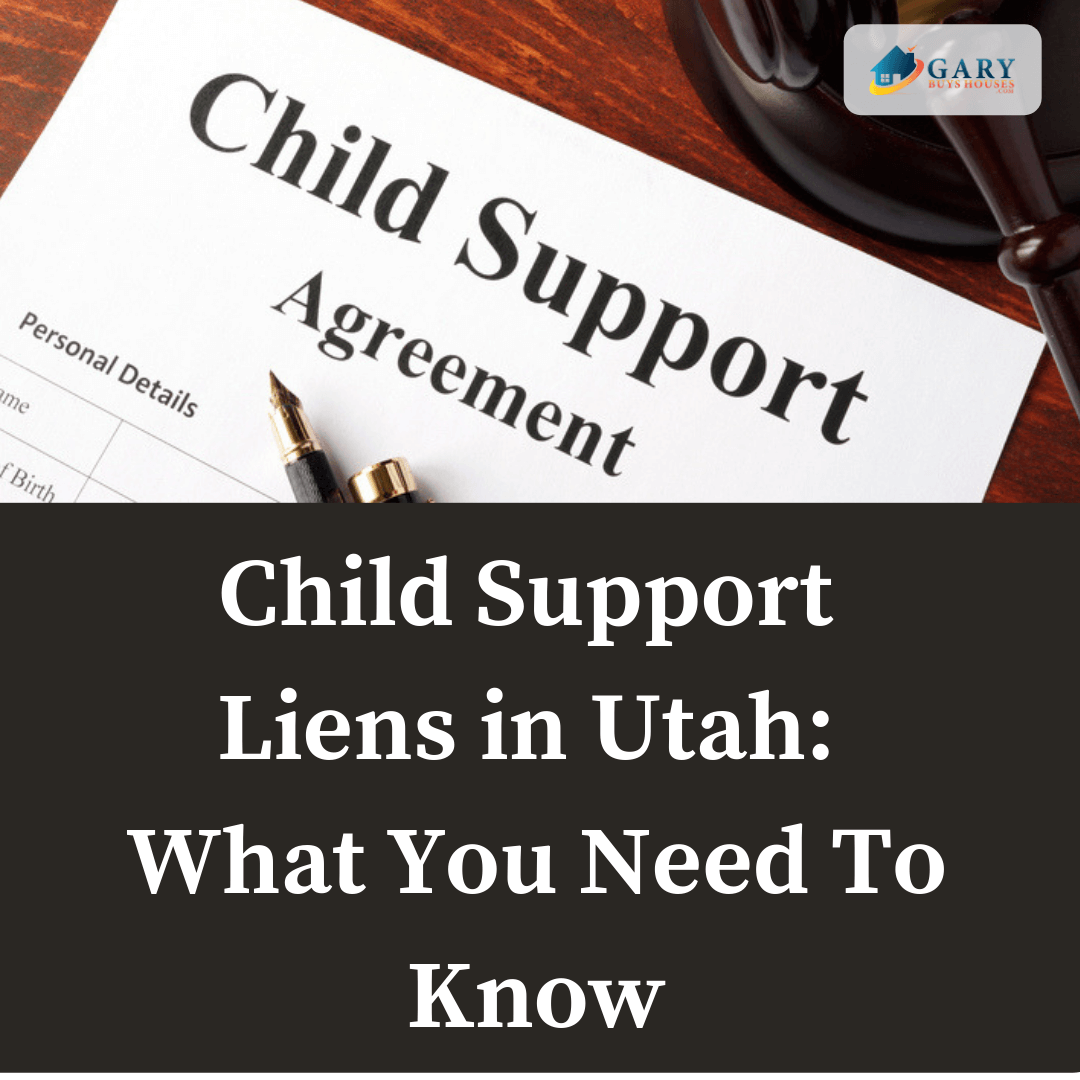 According to the Utah Department of Human Services, over $222 Million was collected from child support payments in 2018. Child support liens placed on your home can be especially distressing. And even if you’ve made every concerted effort to keep up with mortgage payments and property taxes, it can come from out of the blue—and from the most unexpected sources.

It may come as a surprise for many of you, but child support liens are not only commonplace but can result in both the loss of your home as well as damage to your name and credit score that can take years to reverse. And while Utah is lucky to be one of the few states in which interest is not accrued on child support, liens are still a very real threat for many residents. If you’re facing a child support lien, here’s what you need to know.

What are Child Support Liens?

A child support lien is a lien placed by a custodial parent or state child support enforcement agency against tangible property; and in the vast majority of cases, the most substantial property will frequently be real estate. A lien will not only prohibit you from borrowing money for refinancing or transferring the property while in place, but may frequently result in foreclosure.

How Are Child Support Liens Enforced?

Unlike other liens placed by creditors, child support liens are implemented quickly. Because failure to pay child support is a criminal offense mandated by federal ordinance,  it’s generally enforced fairly quickly—only for the most part by state and local authorities, not federal agencies. Which means unlike liens placed by private entities, there’s no need to execute a lawsuit; claimants are subject to federal and state law.

But if you think liens against property are the only recourse of child support prosecution, think again. Not only is wage garnishment common, but other asset seizures, bank account freezes, interception of tax refunds and even imprisonment are regular occurrences as well. And the epithet of being a “deadbeat parent” has become especially commonplace (due to the increase of online public lists of offenders)—which can frequently prove to be a barrier for many job applicants.

How Does The Process Work?

In some cases, it will be a custodial parent who will file a lien, but it can also result automatically from state child support enforcement agencies. A lien is filed with the same county in which a property is registered, and will remain in effect until you’ve paid any back due arrears or the custodial parent agrees to remove the lien. Liens can be placed on multiple properties if the debt is significant enough.

The number of court-ordered payments missed will vary with each individual case, as well as how the case is administered. In some instances, a sale or seizure can be forced according to judgement while others may allow for a custodial parent to wait until the property is sold (typically within a given period.) It’s not uncommon for a late payment to result in wage garnishment or frozen bank accounts in lieu of a lien. In fact, the main Utah enforcement agency generally levies money as opposed to property if the debt is relatively minor. But accruing a substantial child support debt will likely be the decisive factor in moving forward with a lien.

Once a child support lien is filed, it’s considered valid—even if it results from a legitimate oversight on behalf of a custodial parent or enforcement agency. To contest it, you will need to provide evidence of payment, such as canceled checks, paychecks indicating wages garnished (if applicable) and a copy of the court order, to the agency which issued the lien. If the presented evidence is proven to be valid, a lien can be cancelled altogether.

Keep in mind that Utah’s main child support enforcement division, the Office of Recovery Services, actively works with other states (and is required by both federal and state law to do so) to collect child support; which will affect any property or assets outside Utah.

How Do I Remove A Child Support Lien?

The easiest answer is also the most unrealistic for many: to pay off the debt you’ve accrued. But chances are, there’s very real concerns you’re facing which prohibit you from doing so.

Another step is to speak with a custodial parent about removing the lien—particularly if it’s the result of a court order unauthorized by either party. Again, this may not prove realistic for many, particularly if the divorce or separation was a messy one. But it’s more common than you might think. Spouses who have gone through amicable divorces are often more understanding of financial hardships than government entities; and even less than pleasant separations can be mediated successfully by a competent family law attorney.

If your property has not been foreclosed upon by the state already, one option is to sell your home at a short sale. One of the biggest problems with this is the fact that many buyers are hesitant to purchase a home from a seller facing child support debt. Not only may they have very real concerns about the legality of purchasing a lien-imposed property, but they simply tend to prefer not to get involved in a family dispute.

If you facing issues with a child support lien on your house or property we can help. Reach out to us here and in 10 minutes or less we will give you a fair cash offer for your home or property that has liens from any source. We have a professional legal team standing by to make the whole process run smoothly for you.