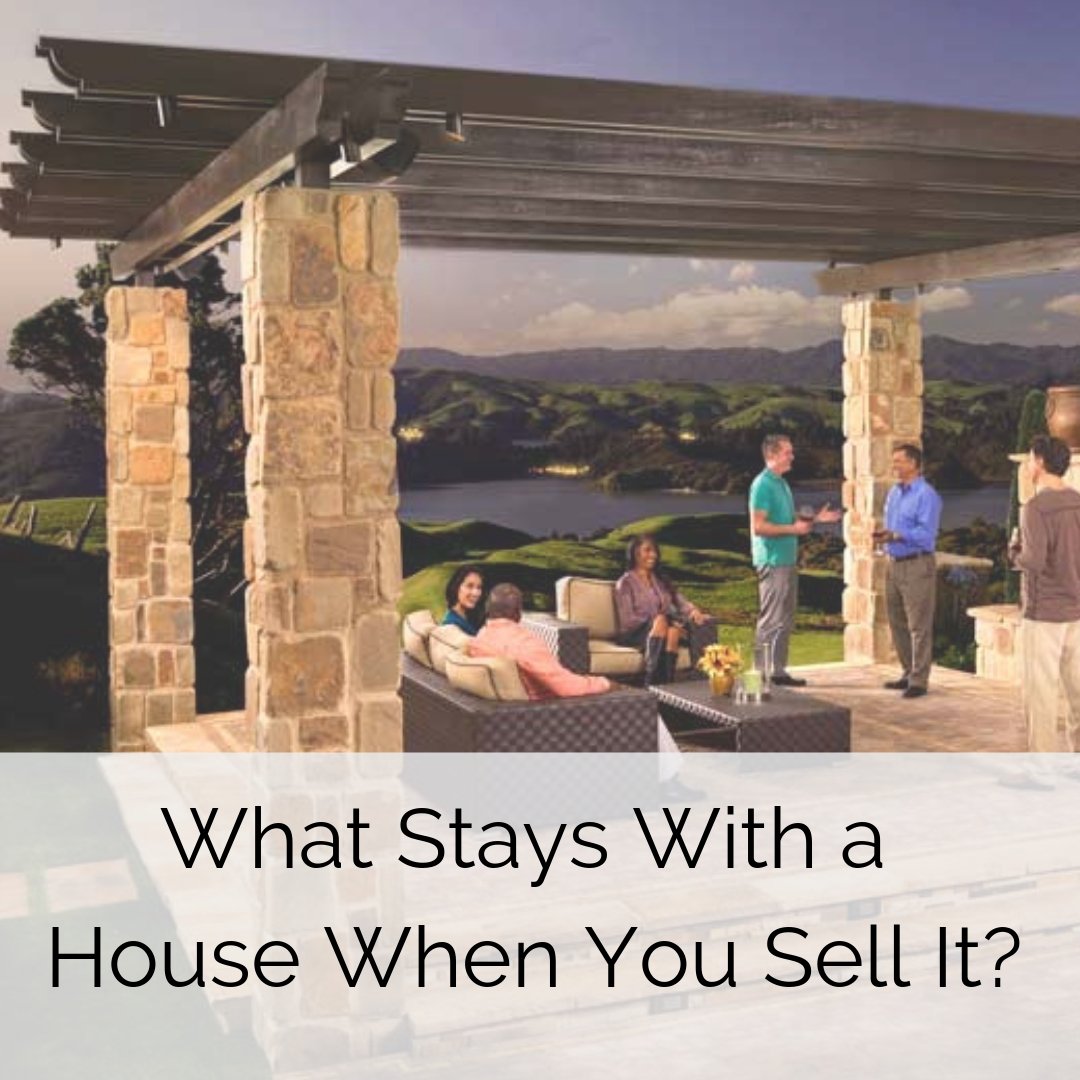 When it comes to selling your home, there are personal property items you need to take and then fixtures you should not take. What stays with a house when you sell it? What items should you leave behind when selling your home in Utah?

What Stays With a House When You Sell It

Maybe you have owned your home for twenty years. Maybe you have inherited a house or need to move for other reasons. Or maybe you are an any of the other home selling situations described here. In any case a number of home sellers in Utah have asked us what the courteous and legal step to take is when taking fixtures off the property after the sale. So what Stays With a House When You Sell It?

Let’s take Jane Shepard, for example. After relocating from Ogden to Provo back in 2009, she was surprised at the condition of her new home.

“On our first run-through, we were absolutely delighted to see fully built-in bookcases, pantry shelves, microwaves… the whole nine yards,” she enthused. “But by the time we moved in, the entire house had been stripped bare. All the furniture, shelves… gone! They had even taken the doors off the walk-in closet for whatever reason.”

But what the previous residents left behind was even more baffling.

“There was a box left behind in the the pantry, for whatever reason. And it wasn’t hidden… this was in plain sight. After a few months I started getting curious, so I looked through. All of these old letters, family photos… just very personal mementos. And when we asked our realtor about returning ‘em… she just came right out and told us they hadn’t left a forwarding address!”

As ponderous as Shepard’s discovery was, it points out a distinction both buyers and sellers are still not entirely clear on. What is a home fixture? What constitutes personal property? After all, if you installed or mounted it, it’s yours to keep… isn’t it?

Legally? More often than not, maybe. But from a traditional buyer’s standpoint, it’s not necessarily so black and white. Especially considering that those fixtures you installed can often make or break a sale. Selling your home to a Utah cash buyer won’t matter though. More info here on how that process works.

Think of a fixture, and you’ll likely think of overhead lighting. Or a dishwasher. Or a washing machine. And generally speaking, most of us wouldn’t bother to consider taking them with us—even if we paid for them ourselves.

But a fixture is more than an appliance. As a general rule of thumb, a fixture is defined as personal property which is permanently attached to a structure or land, by means of bolts, screws, nails, cement, glue or other permanent attachment. Which means it’s considered part of the real estate. When real property is sold, fixtures are automatically included unless specifically excluded as part of a legal contract.

Note the final part of the preceding sentence. If you do insist on claiming a fixture as personal property, it may well be within your right. And you can state so in a contract. Just keep in mind that a fixture is more than a mere accessory for most home buyers—it can also be an indispensable selling point. And one that can easily cost you the sale.

While most buyers understand that TV sets and home theater systems will be considered your personal property, the mounts they’re placed on should be left behind. The chief reason being that dismantling them will cause damage to the wall once they’re removed.

If you have outdoor potted plants on the patio, don’t bother leaving them behind unless you consider them a housewarming present. They’re not permanently attached; and for the most part are portable enough to move safely. But shrubbery? Rose bushes? Those are, prized or not, permanently attached to the ground—even if they can be swept away by force majeure.

“I was inspecting a vacation property a bank had foreclosed on,” explains Dan Coffman, a Sandy based realtor. “And when I looked in the backyard, there were four huge gaping holes with roots climbing out. Whoever lived here before obviously decided that they couldn’t bear to part with backyard trees.”

With alarm systems, call to cancel service immediately. Most providers will be happy to replace your system for free (or at a minimal fee) at your new residence.

What Items You Can Take After Selling Your Home

Naturally, the new buyer of your home is not going to be in the least bit interested in a box of your personal mementos. And they will likely have their own pots and pans as well. And for the sake of niceness… do NOT leave anything perishable behind.

But while you may assume you’re helping the new buyer out by leaving the following in place, it’s safe to take the following with you (although if you’re feeling especially courteous, there’s no doubt the new owners will feel grateful for their new furnishings; if slightly puzzled):

And any other personal property which is not permanently or semi-attached to your home.

A traditional new home owner is likely expecting to move in right away. They’re already under enough stress; between switching utilities, settling in and trying to arrange their own personal belongings, they don’t want to think about cleaning out the mess you left behind. Or changing the light fixtures.

However, a reputable house buying service in Utah such as GaryBuysHouses doesn’t care at all what stuff is left behind. Home owner can in fact stay in their home until they find a new place using our sell now move later program.

We’ve been helping homeowners who own property in Utah simplify the sales process since 2009. Let us do the same for you. Text or call 801-382-9199
or email using the form below.